Notes on Scene of Crime

This post has been contributed by Amisha Saxena, Symbiosis Law School, Hyderabad

Definition: The Scene of Crime is a place where a particular crime has been committed or where physical evidence of such crime is found.

Nature: Crime scene may not be limited to one place or the immediate surroundings of where the crime took place.

Crime scenes may be divided into the following categories:

The first step at crime scene investigation is establishing the dimensions and ensuring the safety of the victim or anyone present at the scene itself.

Preservation of the Crime Scene

The crime scene needs to be protected and preserved to ensure evidence is not trampled upon.

a) Recording of the crime scene

Once it is ensured that the crime scene is protected, the investigator must record the evidence found in the presence of two reliable witnesses who can later on confirm all the findings in a court of law.

1. The records must show all pertinent observances made at the crime scene

2. The FIR time and date must be recorded.

3. A brief description of the area must be given.

4. The names of all witnesses, officers and investigators must be recorded.

5. Weather and lighting conditions must also be recorded, along with the date and time of completion of the investigation.

6. The examination must be of the interior in case of rape or murder. Evidences collected through interior examination usually contain fingerprints, blood, fibres, hair, dust, etc.

b) Sketching the crime scene 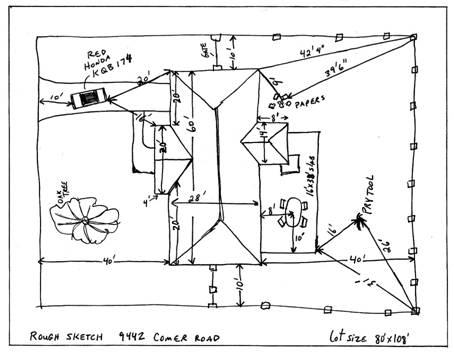 1. A rough sketch of the crime scene along with the photographs gives a good presentation of the scene.

2. The sketch must be prepared at the site itself and the distances between objects must be measured, scaled and then drawn. The direction and angles at which objects are observed must also be measured using a compass and then drawn.

2. A video film or photograph can help maintain the crime scene for a longer period of time.

3. A video film also helps verify the facts put forth by the investigation officer.

4. In outdoor crime scenes, especially the ones on roads and highways, tyre and skid marks can’t be preserved for too long as the traffic cannot be stopped. Therefore, photography of such evidence is the best way to preserve it.

5. Another scenario in which a video camera plays an important role can be any crime in which multiple offenders are involved, like a riot. The video film shall help in identifying the criminals and the part played by them in the crime.

Methods of Searching For Evidence 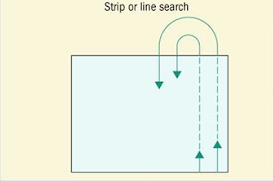 The crime scene is blocked into a rectangle and on each parallel side one investigator starts looking for a clue. Once all clues are collected, the packaging and preservation is done as prescribed. 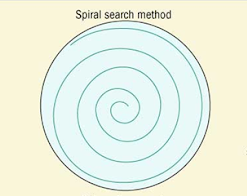 The crime scene is approached by the investigator in a spiral, from outside to inside until he reaches the centre. This method is usually used for indoor crime scene investigations. 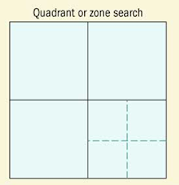 The crime scene is blocked into a big square, which is then divided into smaller squares and each smaller square is investigated individually. A combination of this and spiral method is used mostly for outdoor investigations. 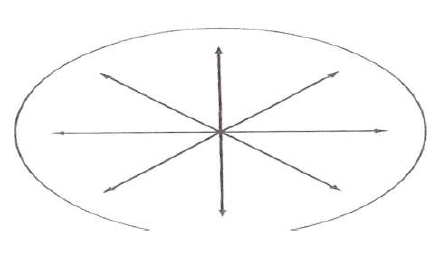 The crime scene is encompassed into a circle and then the investigators have to start from the centre of the circle and proceed outwards in all directions looking for clues. If need be, the steps may be re-done multiple times.

Principles and Rules of Interpretation in Taxation